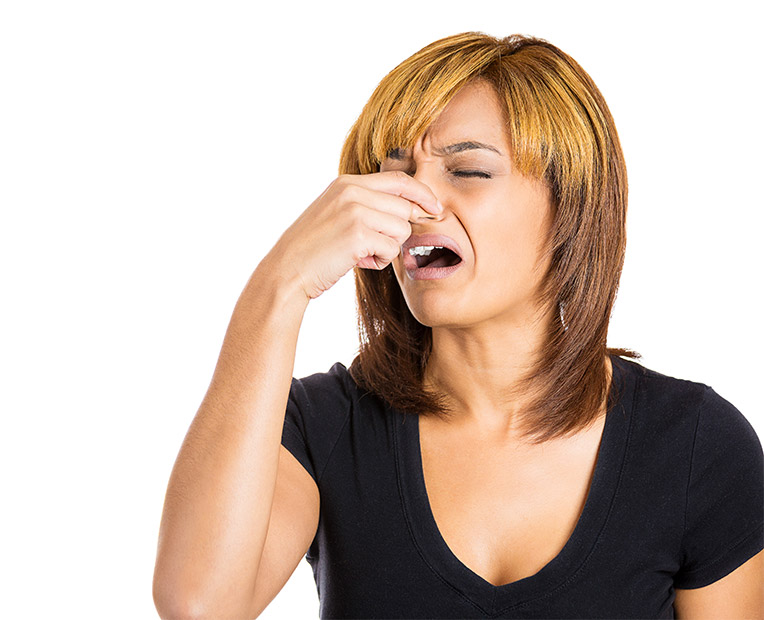 It doesn’t matter when or how you encounter a dead animal smell in your house, the only thing that matters is getting rid of it. Many situations, such as cold weather, easy access to pet foods or water, or heavy pesticide use can drive pest animals inside. These animals live, nest, and die in your house, which means having to endure dead animal smells in your house. Finding and removing the carcass is usually not an option, so you need a dead animal smell removal product that is long-lasting, reusable, and highly effective. Smelleze® Reusable Dead Animal Smell Elimination Pouches absorb odors at the molecular level, and reactivate in direct sunlight.

When Dead Animal Smells Strike in Your House

Nothing is more disgusting than the stench of a dead animal somewhere in, under, or around your house. When that dead animal smell invades your home, it can be more than most families can stand.  You need to get rid of that foul odor – fast!

Steps to Take & Things to Avoid

First of all, when tackling a dead animal smell in your house, you need to either find the carcass or figure out where the stench is strongest. To do this, simply:  Follow your nose!

When the overpowering stench of a dead animal takes over their house, many people reach for a spray can of ‘air freshener’ and unleash a monstrous cloud of chemically-induced fragrance to combat the stink.  Unfortunately, there is no ‘air freshener’ that can overwhelm the biological stink factory created by a dead animal decomposing.

Besides being an ineffective solution to the dead animal smell problem, these aerosol products also deposit a layer of chemicals on every surface they touch and can aggravate allergies and respiratory problems.

At the first whiff of dead animal smell in your house, you can take steps to eliminate it, even before you do your sniff search. The fact that you can smell the dead animal is proof positive that the odor is air-borne, which means decomposition has reached the point of decay where gases are being expelled from the carcass.

Bacteria and natural fermentation of organic material combine during decomposition to create a virulent stew of stink that is continually compounding, passing through several putrid stages, until the carcass finally dries out and the dead animal stench is gone.

While all of this yuck is going on in your wall, basement, attic, or flooring, you and your family are being subjected to nose-stinging foul odors. If the carcass wasn’t or couldn’t be removed, the decay process can go on for weeks or even months, depending on the size of the dead animal.

Simple to use, affordable and discreet, Smelleze® Pouches can be hung or placed in or near areas where the dead animal smell is strongest. If the dead animal smell is throughout the house, Pouches can be placed or hung near return air ducts. Dying animals often seek the warmth and darkness around your heating and cooling system ductwork. Once the animal dies, the smell of the decaying carcass will be drawn into the ducts and spread through the house.

If the dead animal is in or near ductwork, check your furnace/air conditioner air filter to see if it has been permeated with the dead animal odor. If it has, change the filter.

Smelleze® Pouches offer long-lasting dead animal smell elimination for your house, with the additional benefit that each Pouch is reusable and able to be reactivated by direct sunlight. This means you have an odor solution that keeps working to eliminate dead animal smells in your house for weeks or even months.

Unlike fragrance cover-ups, you never have to worry about chemical ill effects or air-borne irritants with Smelleze® Pouches because only all-natural ingredients that are safe for people and pets are used.